This article discusses the development of the associative plurals X en har(re) (lit. ‘X and them’) and X en dy (lit. ‘X and those’) in Modern West Frisian, the latter of which gradually replaced the former in the 20eth century. For harre in the former construction two possible historical analyses can be taken into consideration: harre may have been either the object form of the 3rd person plural personal pronoun (‘them’) or the substantively used form of the 3rd person plural possessive pronoun (‘theirs’). In the latter case the plural possessive pronoun must have expressed family membership rather than plural possession. Whatever the right historical analysis may be, in the course of its development har(re) was effectively considered as the object form (‘them’). Since the associative plural X en har(re) then became to be regarded as somewhat inappropriate in subject position - as also witnessed by the discussion in the prescriptive grammars - it was ousted by the associative plural X en dy, perhaps initially originating from Town Frisian. 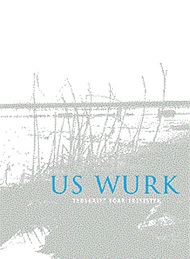