In October 2010, United Nations (UN) peacekeepers from Nepal arrived in Haiti. The peacekeepers had been exposed to cholera in their country and, as a result of a poor water and sanitation system at their base, contaminated the Artibonite River with the cholera bacterium. A cholera outbreak ensued, killing almost 9,500 Haitians and infecting another 806,000. After failed efforts at dialogue with the UN, Haitian and Haitian-American victims sued the organization in United States (US) federal courts. However, the federal court in the Southern District of New York dismissed the case for lack of subject matter jurisdiction under the Convention on the Privileges and Immunities of the UN. The Court of Appeal for the Second Circuit affirmed this decision. These judgments were based on a finding that the UN has absolute immunity from suit. This paper considers the role of international law in ensuring justice for the victims of the cholera epidemic. Although the US court decisions highlight a ‘remedy gap’, the paper suggests that the time-honored practice of diplomatic protection may offer a solution that allows for UN accountability even within international law. Although traditional diplomatic protection would likely only offer a remedy to Haitian-Americans, if at all, the paper argues that the cholera epidemic and the UN’s refusal to accept the victims’ claims demonstrate both the limits and the potential of diplomatic protection. 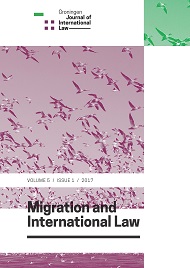