In this essay, the authors use new primary sources to reconstruct which baptism questions were asked during two services held in Amsterdam in 1613. These services, which were taken by, amongst others, the Reformed ministers P. Plancius and G. van der Heyden and in which the later Remonstrant foremen J. Wtenbogaert and S. Episcopius acted as godparents, caused great turmoil. Research of the various editions of baptismal liturgy reveals three basic types of the second baptism question. Primary and secondary literature have overlooked the significance of one of these types in the Amsterdam services. Wtenbogaert and Episcopius, but especially the latter, were not aware of the existence of all three types and felt misled since they did not want to subscribe to the doctrine taught from the Amsterdam pulpits by affirming the questions posed. The authors outline the impact of the incidents on the format of both later Reformed and later Remonstrant baptismal liturgy. 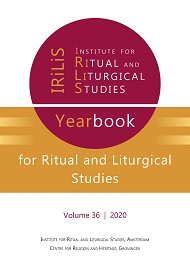