From Tomb Raider to the future. The development of an archaeological exhibition. During the first semester of the academic year 2019/2020, master’s students of the Groningen Institute of Archaeology (GIA) of the University of Groningen collaborated with staff of the University Museum to create the exhibition DIG IT ALL, showcasing research of the GIA. This contribution is based on an interview the author had with Arjen Dijkstra, head of the University Museum, in which Dijkstra reflected on the cooperation between the archaeology students and the museum. According to Arjen, the collaboration was a complex but rewarding project, even if some guidance was initially needed to get everyone on the same page. All in all, the project resulted in a valuable learning experience for everyone, especially the students, and, according to Dijkstra, it revealed some unique features of the archaeological profession, for instance, the way archaeologists interact with human remains and, more generally, the way they view the past. Collaborations with scientists are never perfect, according to Dijkstra, and the museum had indeed experienced less fruitful collaborations than the current one. Scientists tend to have difficulty in adapting to the specific demands of a museum when presenting research. Fortunately, this was not a problem with the DIG IT ALL project. Dijkstra highlighted that the archaeologists had already put a lot of effort into public outreach, and he encourages the GIA to keep doing this in the future. 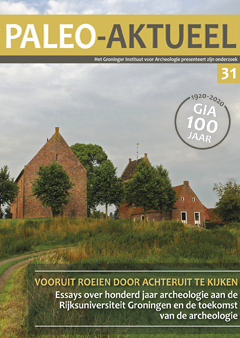