During a period of about fifteen years, from c. 1867- 1882, the Museum of Anti­quities in Drenthe (Museum van Oudheden in Drenthe) both actively and passively participated in projects and themes which were at the focus of international archaeo­logical interest at that time. The preservation and documentation of archaeological monuments in the province of Drenthe was strongly promoted by the vice-chairman of the board of the museum, Mr L. Oldenhuis Gratama. The acquisition of almost all megalithic tombs (hunebed­den) in Drenthe by the State or the pro­vincial government, in just a few years around 1870, resulted from his efforts and stimulated protective measures elsewhere. In the later part of the period another board member, Dr H. Hartogh Heys van Zouteveen, rearranged the exhibition of the museum collection according to the prin­ciples of the three-age system. He further­more stimulated the acquisition by the museum of (stone) tools from outside Drenthe - prehistoric European as well as ethnographical artifacts - for the sake of study and comparison. 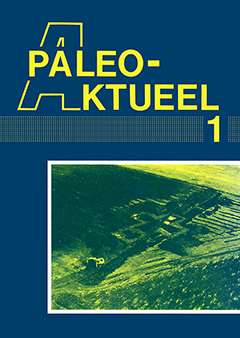