This article deals with the destroyed hune­bed O2, near Mander (Ov.). This hunebed was excavated in 1957, but unfortunately little documentation was left. O2 is the most southerly situated hunebed in the Netherlands. The pottery was as far as possible reconstructed. The following types could be distinguished: pails, non-lugged and lugged bowls, tureens, amphoras, fun­nel beakers and collared flasks. According to the typochronology of Brindley (1986) the use of the hunebed can be dated between 3300 and 2950 BC, i.e. horizons 3, 4 and 5. A few deviations in decoration on tureens and funnel beakers in the form of unusual block patterns, may be explained as region­al variation. Two of the tureens have an uncommon shape. 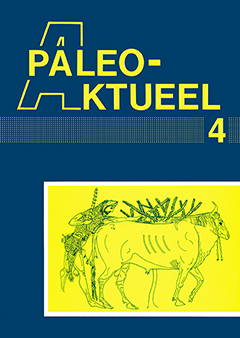