On the east bank of the river Hunze, east of the city of Groningen, remains were discovered of a smalL settlement dating from the first two centuries AD. During the excavation several samples were taken for among other things, botanical in­vestigation. Most surprising were fruits of Beta vulgaris (ssp. maritima), which were until now unknown north of the Limes. The other seeds and plant remains indicate a rather wet, slightly brackish environment, highly enriched with ni­trogenous material as a result of human and ani­mal activity. 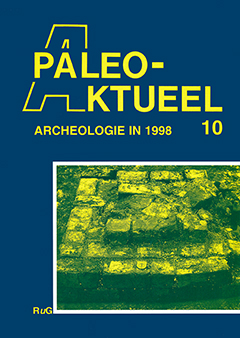