In this contribution, Van Giffen's observations on Celtic fields (legerplaatsen in his own termino­logy) in the northern Netherlands are presented. It is demonstrated that Van Giffen long persisted in his opinion that legerplaatsen mainly were set­tlement sites, gradually (and reluctantly) shifting his position to accept their interpretation as fields as well. A note in Antiquity II ( 1928): 'Prehistoric fields in Holland', despite assumptions to the con­trary, was not written by Van Giffen but was com­posed by the editor, Crawford, as is evident from the correspondence between the two men, preserved in the archives of the former Biolo­gisch-Archaeologisch lnstituut in Groningen. 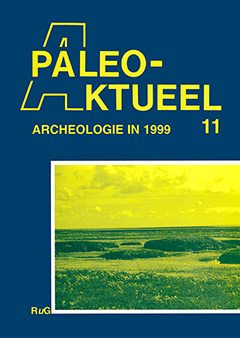