The author reflects on his experiences in the final year of exploiting his old allotment plot, having been forced to move to another location for his vegetable and fruit gardening. In the aftermath harvesting from perennials (e.g. berries, asparagus) was still permitted, but further cultivation was not. As maintenance and crop protection fell away, expectations as to the amount of berries left for human consumption were low. However, predatory behaviour of birds proved to be much less severe than expected. Presumably the garden’s unkempt state had made it less attractive to winged robbers. Parallels are drawn to the Early Neolithic, when the first well-maintained agricultural fields appeared on the North-west European plain. Theft and robbery will have been forceful agents in the spread of farming knowledge and products to the coastal areas and deltas in northwestern Europe, adjacent to the farmland of the Danubian farmers and their successors. 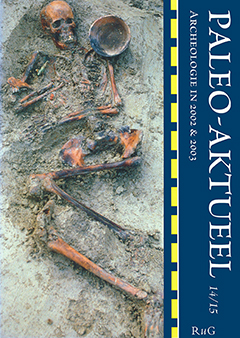