In June 2004, the first author found sherds of several Kugeltopf vessels (kogelpotten) in soil recently dug out of a ‘reconstructed’ meander of the Oude Aa (part of the Drentse Aa) near Friescheveen. Later more of such finds turned up; possibly a sub-merged marshland dwelling-mound (veenterpje) – no longer visible at the surface – had been accidentally destroyed. Only one bone was found: a rib of a young goat or sheep. The bone was dated to 935±40 BP; the calibrated date is AD 1030–1160 (68 % confidence) or AD 1020–1190 (95 % con-fidence). In our opinion the bone probably dates from the 12th century AD. 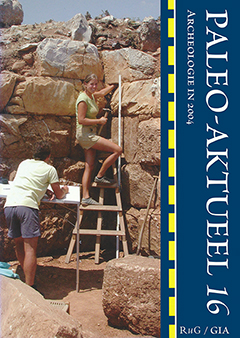