A 14th-century ard ploughshare from the Ellersinghuizerveld (near Vlagtwedde, Groningen). An oak ard share was found during the reconstruction of a wetland area near the hamlet of Ellersinghuizen in the Groningen Westerwolde region in 2013. Its vertical position, the point placed into the sandy subsoil, suggests a deliberate deposition. Radiocarbon dating revealed a 14th-century AD origin, whereas generally ard shares are dated earlier. This seemingly old-fashioned agricultural tool, relinquished in the late medieval period, indeed suggests parallel use of ard and plough in some regions, rather than a substitution of the ard by the plough. Certain conditions, such as light soils, the absence of push factors and geographical isolation may have extended the use of the ard as an arable device. Indeed, Westerwolde seems to fulfil these conditions, as it predominantly has light, loamy soils, and lies enclosed by the Bourtanger Moor peatbogs, remote from agricultural innovation which in the late Middle Ages took place in the surrounding peat reclamation area. This might explain the late occurrence of an ard share in a Westerwolde wetland, where apparently it was deliberately deposited. 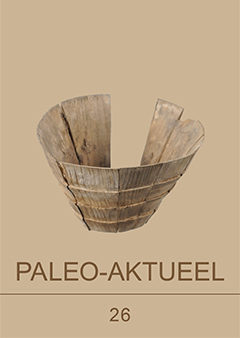