Satricum Hut VI: a 3-D perspective on a paper archive. In 1983 the remains of a rectangular sunken-floored hut (Hut VI) were discovered in the Latial town of Satricum (Central Italy). The context, a fill of pieces of burnt daub, pebbles, pottery and chunks of tuff, had been careful-ly documented as the hut was excavated in small stratigraphic units. Although Hut VI was already published in 1992, the analytical techniques then available did not allow a full study of the hut. By fitting together all excavation data, the 3-D distribution of finds was reanalysed. It is argued that Hut VI was filled in soon after its abandonment. Its function remains unclear, since hardly any finds could be attributed to the use phase of the hut. Yet, once again, the usefulness of older data turns out to be greater than one might have expected. 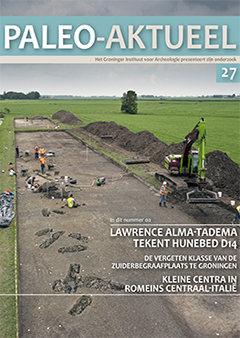