How is the Concept of Resilience Operationalised in Practice with Vulnerable Children?

Increasing emphasis is being placed on the concept of resilience in policy and practice relating to vulnerable children and their families. Yet little is known about how, and to what extent, the concept is actually being operationalised in child and family services. This article presents the findings from a study which aimed to analyse the ways in which 'resilience’ as a concept is shaping practice in settings that explicitly espouse a resilience-led framework. The study included a UK-based and an Australian component, to allow for international comparisons and contrasts in the use of resilience as a concept in practice. The findings from a survey of 201 practitioners (108 in the UK; 93 in Australia) and 32 case studies (18 in the UK; 14 in Australia) are presented and considered in the light of the existing resilience literature in order to gauge the extent of congruence between practice as described and the principles indicated by the existing literature. 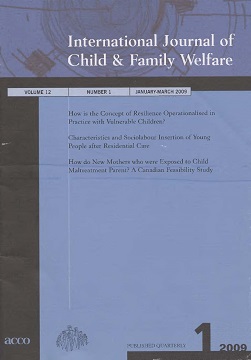